Graddy Construction, Inc, was established in 2002. Since then we have completed many projects in Columbus, Georgia and the surrounding areas.  We are a General Contracting firm licensed in Georgia and Alabama. 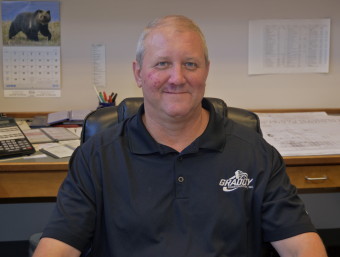 The President of the company is Mercer Graddy, a 1990 graduate of the Southern College of Technology (Southern Tech) in Marietta, Georgia having earned a Bachelor of Science Construction degree. Mercer obtained his general contractor’s license in 1996.

Following graduation, Mercer was employed by Ebasco Constructors as a cost/scheduling engineer, first in their Atlanta, Georgia office and later in Norco, Louisiana where his duties were expanded to include coordinating construction activities between Shell Major Projects and Ebasco on Shell Oil’s $56 million Norco Manufacturing Complex.

In 1992, Ebasco moved Mercer to Gordansville, VA where he served as a construction engineer on the $137 million Gordansville Cogeneration Plant, a private development by Gordansville Energy, LLC that sold power to the local utility provider and made steam available to other users.

In 1996 Mercer was hired by Phillips Construction Company, a local general contractor in Columbus, GA. His initial work responsibility was as the Project Manager for the simultaneous construction of four South Georgia dialysis clinics and two administrative buildings in Thomasville, Georgia.

Graddy Construction, Inc. was established in 2002 and is a licensed General Contractor in Georgia and Alabama. Our license qualifies us to construct all types of commercial, industrial and residential projects. Included in the projects that we have built to date are:

In addition, Mercer has renovated several medical and corporate offices as well as built single family additions and renovations. 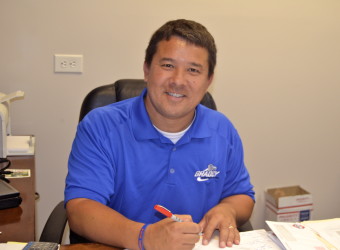 The Vice President of the company, Ken Chung obtained his Bachelor’s Degree in Construction from the Southern College of Technology (Southern Tech) in 1993. He then was employed by McDevitt/Street/Bovis in their Atlanta office until 1994 when M/S/B sent him to Columbus, GA as part of the construction management team overseeing the work associated with the 1996 Olympics. Those projects included the construction of the Softball Stadium and Complex, and the Public Safety Complex.

In 2001, Ken accepted a job offer from Victory Developers and was the construction manager on the Anderson Town Shopping Mall, Cincinnati, Ohio and Hialeah Publix Shopping Center in Hialeah, Florida.

Ken formed Columbus Integrity Building in 2004. As the President/Owner Ken contracted for and built the following projects:

In 2012, Ken returned to the residential market with Columbus Integrity Building focused on addition and renovations.

Ken served in the United States Marine Corp Reserve until 1998 when he was honorably discharged.  Ken and his family are faithful members of St. Paul United Methodist Church, he is an active member of the Optimist Club of Columbus, serves on the Hospital Authority Board of Columbus, the Muscogee Manor Building Committee, the Leadership Council for the American Cancer Society and is on the Richards Middle School PTSA Board. His personal interests include playing golf, coaching Little League baseball and youth tennis. Ken and his wife, Marty live in Columbus and are the proud parents of four children, Joy, Dolan, Chance and Chandler.